The goal of this section is to briefly discuss why we want to learn R Markdown, the benefits, and the barriers to using it.

2.5 Reproducibility is a problem

We are in a crisis at the moment where a lot of people cannot reproduce scientific work. This isn’t just a few people, and it’s not cheap. Estimates say that in the biomedical industry, in the USA, irreproducibility (not being able to reproduce a given piece of work) costs $28 Billion dollars annually.1 That’s one country, one field, and one year.

So what can we do about it?

2.6 Literate programming is a partial solution

The idea of literate programming shines some light on this dark area of science. This is an idea from Donald Knuth where you combine your text with your code output to create a document. This is a blend of your literature (text), and your programming (code), to create something that you can read from top to bottom. Imagine your paper - the introduction, methods, results, discussion, and conclusion, and all the bits of code that make each section. With rmarkdown, you can see all the pieces of your data analysis all together.

This was a popular idea, and it has had some interesting discussion and contributions over the years. Notably, in the R ecosystem, the Sweave (S+weave) program provided a way to write text and code together. As with any technology, there were some speedbumps with using Sweave, and some of the reasons we are not teaching it now is because:

2.7 Markdown as a new player to legibility

In 2004, John Gruber, of daring fireball created Markdown, a simple way to create text that rendered into an HTML webpage.

Would be converted to:

quote of something profound

With very little marking up, we can create rich text, that actually resembles the text that we want to see.

Some other nice features of Markdown include:

2.9 R Markdown helps complete the solution to the reproducibility problem

So, how do we combine this with our R code, into a literate programming environment?

rmarkdown provides an environment where you can write your complete analysis, and marries your text, and code together into a rich document. You write your code as code chunks, put your text around that, and then hey presto, you have a document you can reproduce.

For example, look at the following report: 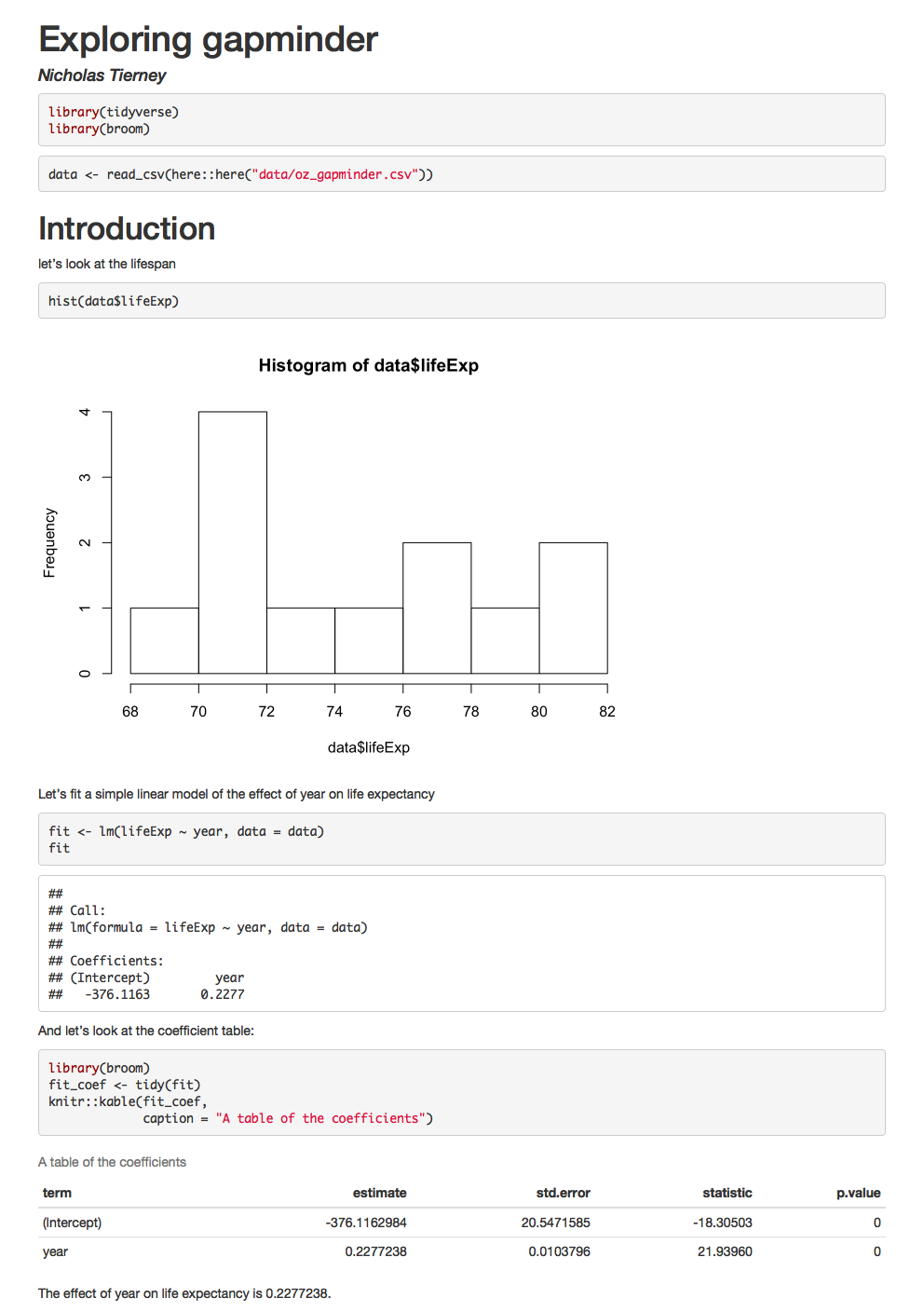 How did we generate it?

We render this code and it creates this report!

It has a plot, it has a table, we even refer to some of the values in the text - the last line of the report looks at the effect of year.

But what if the data changes? At the moment we are looking at only Australia - say we get the full dataset, what happens then?

Say you’d created your report by hand in microsoft word, and with a graphical user interface software.

You would need to:

And what if someone wants to know exactly how you did your analysis?

But if you did it in R Markdown?

Just update the data, and render the document again, and get an updated document: 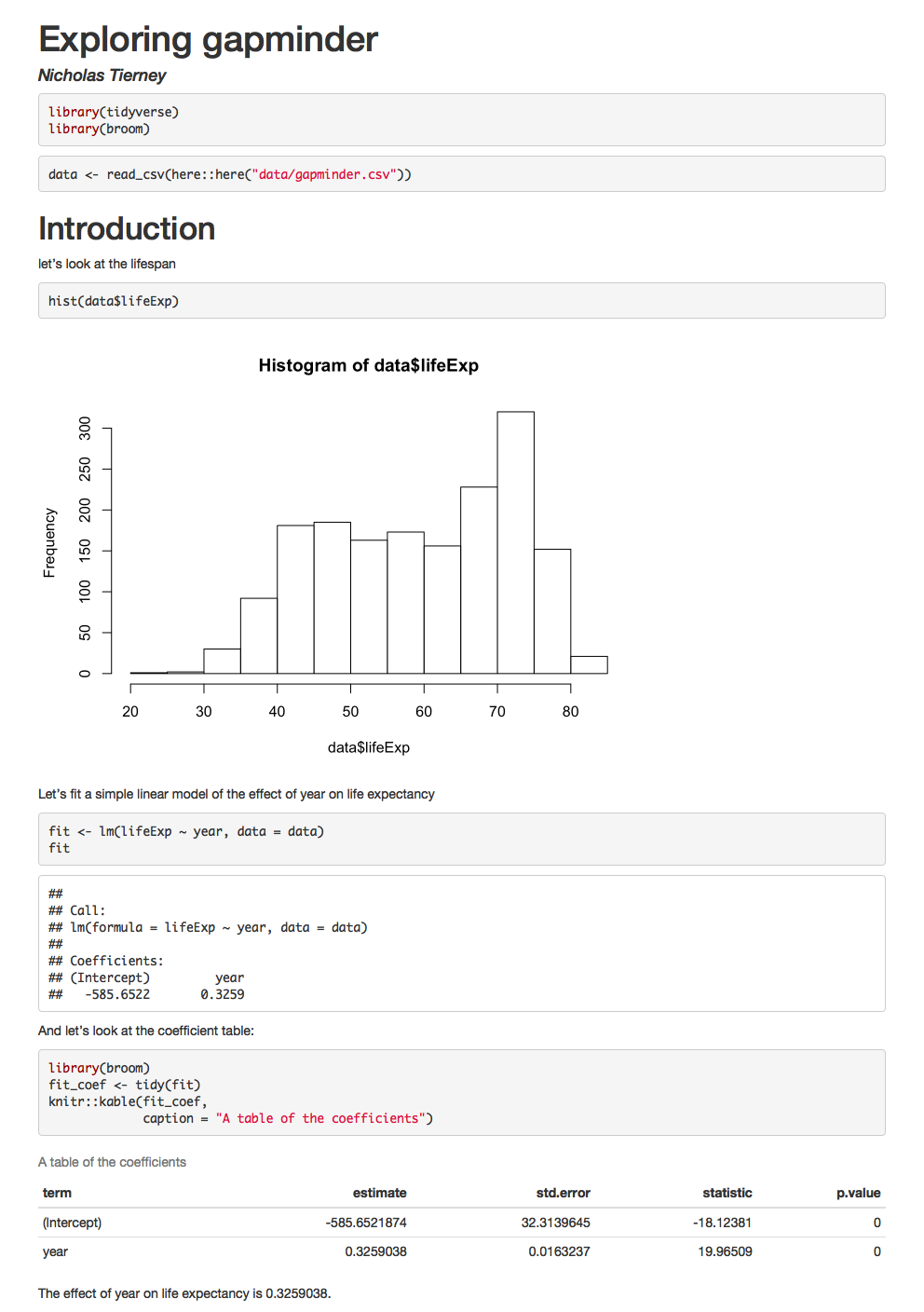 The results are different!

And we just pointed it to some different data. Then re-rendered it.

That is why we use R Markdown.

In this section we’ve learned about: